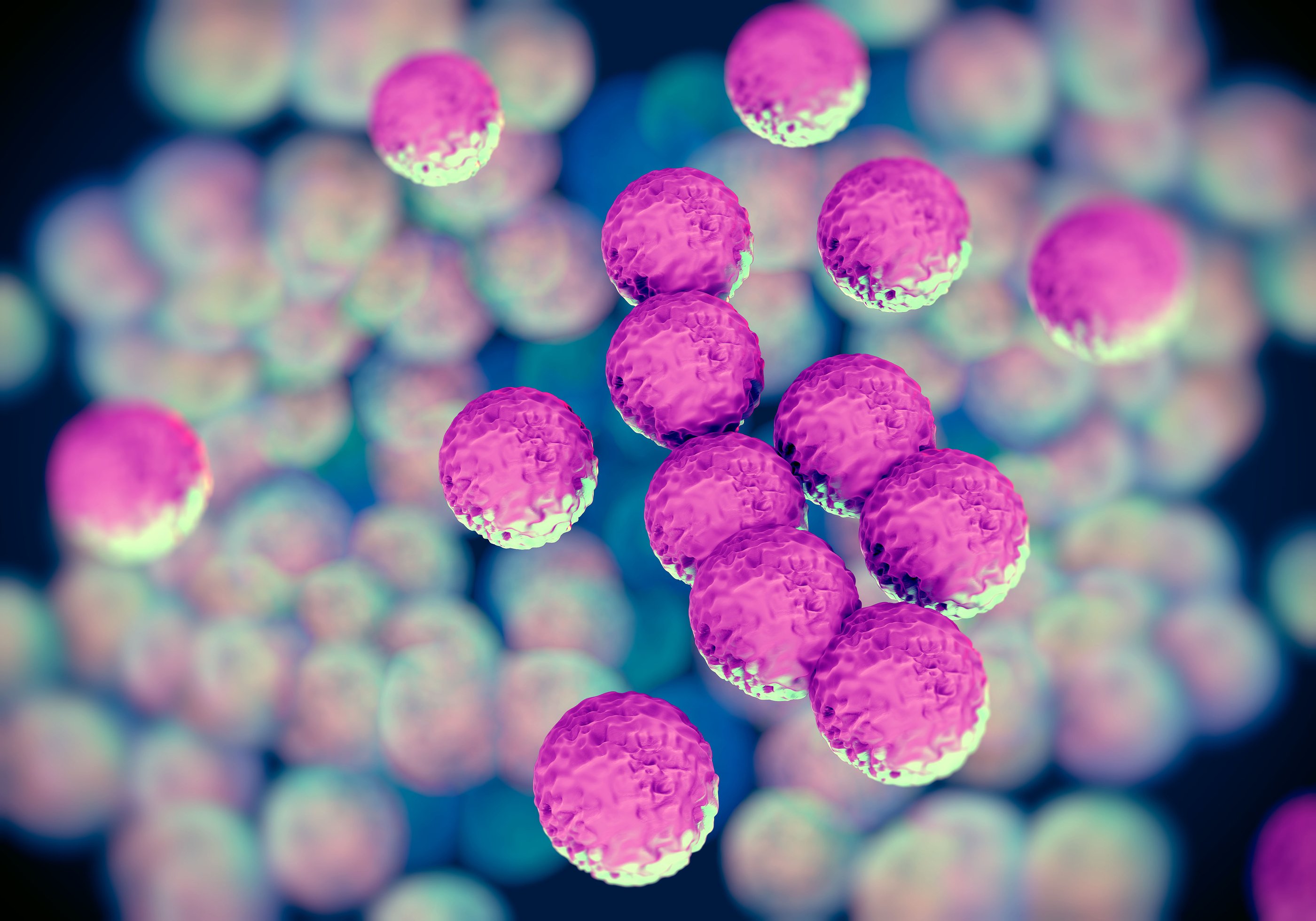 Oxacillin, a β-lactam antibiotic, can reduce the virulence of MRSA and open it up to attack from the host immune system and other antibiotics, new research has shown.

MRSA (Methicillin Resistant Staphylococcus aureus) is one of the most dangerous pathogens affecting the world at the moment, with 20% of infected patients dying from systemic infections caused by the bacteria. It shows resistance to all currently licensed anti-staphylococcal antibiotics and is especially dangerous for patients being treated in hospital, whose lowered immune system is at a serious disadvantage. MRSA is able to show resistance to methicillin and other β-lactam antibiotics by replacing the protein normally targeted by the drugs with one which isn’t quite as susceptible. Normally, the bacteria produces Penicillin-Binding Proteins (PBPs) which are responsible for strengthening and providing structure for the bacterial cell wall. But when methicillin and other β-lactams are introduced, they’re able to bind to PBP and stop it from functioning, leading to weakening of the cell wall and death of the bacteria. S. aureus managed to fight back when it picked up a chromosomal segment containing a gene called mecA.  Essentially, what this gene does is allow the bacteria to produce PBP2a, a protein similar to PBP which carries out the same function but, annoyingly for us, offers much less attraction, or affinity, for β-lactams – which means they won’t be able to kill the bacteria any more. And so MRSA was able to go on to become one of our most dangerous bacterial adversaries, enjoying immunity from some of our most powerful antibiotics.

But not (hopefully) anymore. The research, conducted by teams of scientists from the National University of Ireland Galway and the University of Liverpool and published in the Journal of Infectious Diseases on the 15th November, shows that oxacillin, a β-lactam antibiotic of the penicillin class, can seriously impact on MRSA’s ability to produce harmful toxins while simultaneously leaving it vulnerable for attack on another front. So while oxacillin can’t outright kill MRSA, it can leave it exposed for our immune system or another antibiotic to deal the killing blow.

When MRSA expresses the PBP2a protein, it also represses the expression of the Accessory gene regulator (Agr) operon, which is involved in the production of several damaging toxins and enzymes used during MRSA’s infectious life cycle. This repression means that these toxins and enzymes aren’t produced, protecting us against their harmful effects. It also has the added effect of boosting the expression of several MRSA surface proteins, which could be used as a way to target the MRSA cell.

The effects of this Agr downregulation were shown in the researcher’s published work when mice infected with MRSA and then treated with oxacillin showed an increased survival rate, from 20% in the untreated group up to 60% in those treated with antibiotic. This increased survival could be down to the mice’s immune system being given the change to fight back against the weakened and exposed MRSA cells.

What this means is that, instead of simply forgetting about β-lactams in the treatment of MRSA because the bacteria developed a resistance to their action, we can still use them as an adjunct treatment alongside other antibiotics to boost their efficacy. This could result in significant changes to the way we treat MRSA infections. In fact, the potential for β-lactams as an adjunct treatment against MRSA has already been demonstrated at the start of this year, in a paper published in the journal Clinical Infectious Diseases. In the study, 60 MRSA-infected patients were treated with either vancomycin, or a combination of both vancomycin and flucloxacillin (a β-lactam antibiotic). It was seen that in those treated with the combination, the duration of bacteremia (the presence of bacteria in the blood) was only 1.9 days, compared to that of the standard vancomycin-only group, which lasted 3 days. This backs up the theory that when the β-lactam antibiotic causes repression of Agr, it leaves the bacteria open to our own defence mechanisms, allowing our immune cells to kill them.

As Professor James O’Gara, a co-author of the paper published earlier this month, explains it: “Our laboratory research shows that when exposed to penicillin, the bacteria switches off its toxin genes and instead concentrated on thickening its cell wall to resist the antibiotic. Our immune systems can then take advantage of this compromised state to destroy the bacteria.”

At a time when increasing resistance rates are forcing us to take another look at how we use antibiotics, this research has shown that β-lactam antibiotics could make a comeback in the fight against MRSA, by weakening the bacteria and making it easier for our immune system and other anti-staphylococcal antibiotics to deal the killing blow.