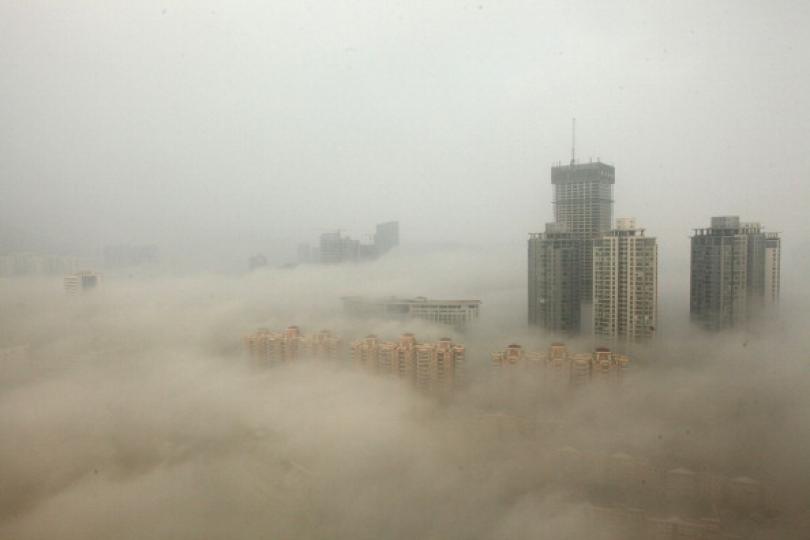 Polluted air could be a major way for resistance-allowing genes to be spread across bacteria, as researchers have determined using air samples taken from smog in Beijing.

Joakim Larsson, director of the University of Gothenburg’s Centre for Antibiotic Resistance Research, and his team analysed 864 DNA samples from a range of human, animal and environmental sources to try and gather information on the antibiotic resistance genes (ARGs) that they possess. They found that air samples taken from a smog event in Beijing contained the highest amount of known resistance-causing genes as compared to other environmental source. The research was published on the 7th October in the journal Microbiome.

Bacteria can get their hands on these ARGs through a process called ‘horizontal gene transfer’, where they are introduced to the resistance gene in some way through their environment. For example, they can scavenge them from dead bacteria which had been carrying them previously, or they can be given the gene by undergoing conjugation (bacterial sex) with another bacteria. So if ARGs can be obtained through the environment, it’s logical to think that the type of surroundings the bacteria find themselves in could influence the nature of this gene transfer – but, previous to this study, the amount of research conducted to assess the extent of this effect has been minimal.

One of the most worrying things about the results is that the smog in Beijing contained a high level of ARGs which could grant resistance to carbapenems – antibiotics used as a last-resort against bacteria which are usually very difficult to treat. With these particular genes, such as IND, GES and IMP, circulating in the air, there’s a higher likelihood that they could be spread around further, therefore increasing the number of these dangerous bacteria.

To see if air typically contains high levels of ARGs, the researchers followed this up by analysing indoor and outdoor air from two US cities, New York and San Diego. They found that while the air from both cities was comparable in terms of the presence of ARGs, samples from the smog in Beijing were much richer in resistance genes (though they noted that this difference wasn’t so extreme when they analysed office indoor air samples).

Something the study couldn’t determine was whether the bacteria that owned these ARGs in the samples collected from the smog were alive or dead. If they were alive, this would be much more serious, since the bacteria would then be capable of actively transferring the genes to others. From previous experience with sample analyses, Professor Larsson has commented in a press release, “It is reasonable to believe there is a mixture of both live and dead bacteria.”

Professor Larsson, who was one of the authors of a paper in 2013 detailing options to limit waterborne antibiotic and ARG release, said that air “may be a more important means of transmission than previously thought. We studied only a small number of samples, so to generalise we need to examine the air from more places. But the air samples we did analyse show a wide mix of resistance genes.”

The next move planned is to turn their attention to air surrounding European sewage plants, to look at the presence of ARGs in this environment. This upcoming research, which will be funded by the Joint Programming Initiative on Antimicrobial Resistance (JPI-AMR), involves the help of people working at and living around these plants. “We’re going to let treatment plant employees carry air samplers,” Larsson described. “We will also study their bacterial flora and flora of people who live very close and farther away, and see if there seems to be a connection to the treatment plants.”